In 2021, we are joining eighty schools across Kingston and Richmond to take part in the inaugural Spark! Children’s Book Awards where the children are the judges and will decide which three books, from a shortlist selected by teachers, booksellers and librarians, will be awarded the first ever Spark! Awards.

At Fern Hill, the children will be reading four shortlisted books in their age category. At school, they will have the opportunity to hear from the authors, enter competitions and finally vote on their favourite book, which will be announced at an online awards ceremony in June.

The aim of the Spark! Children’s Book Awards is to encourage children to develop their love of reading and introduce them to books that reflect the exciting and diverse nature of our local community. It has been a difficult year for us all and stories with ‘heart’ offer a comforting distraction during tricky times.

Here are the shortlisted books, with a blurb on each! 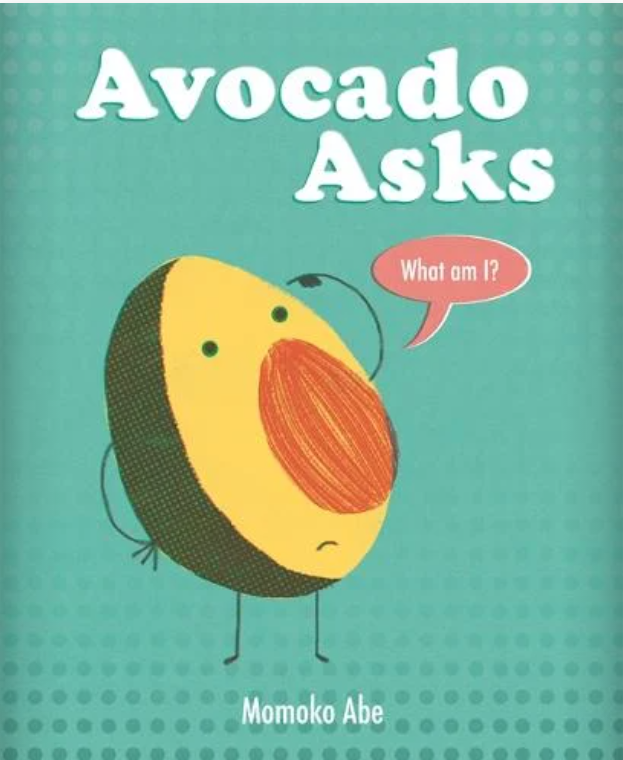 Avocado is feeling just fine in the fruit and veg aisle at the supermarket - until a young customer asks a difficult question: "Is an avocado a fruit or a vegetable?"

Avocado doesn't know the answer either - and the question won't seem to go away!

A brilliantly funny book about identity and being confident in your own skin - featuring the world's most popular superfood!

Clean Up! by Nathan Bryon 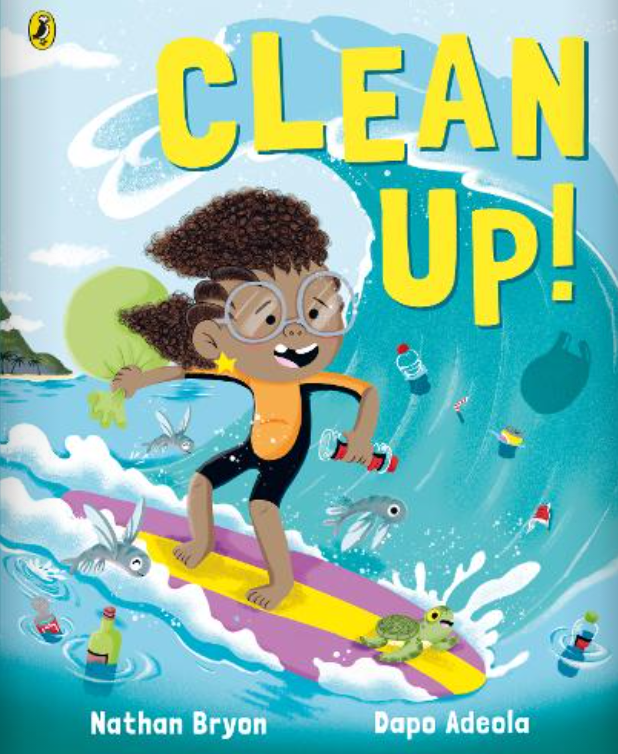 Join lovable, passionate Rocket as she sets off on a mission to save a Caribbean island from plastic pollution!
When Rocket goes for a holiday to visit her grandparents, she's shocked by the pollution that is spoiling their island home and putting the local sea life at risk. Can she think of a way to save the day?

This is a heartwarming, timely and empowering picture book, showing how we ALL can make a difference.

The Last Tree by Emily Haworth-Booth 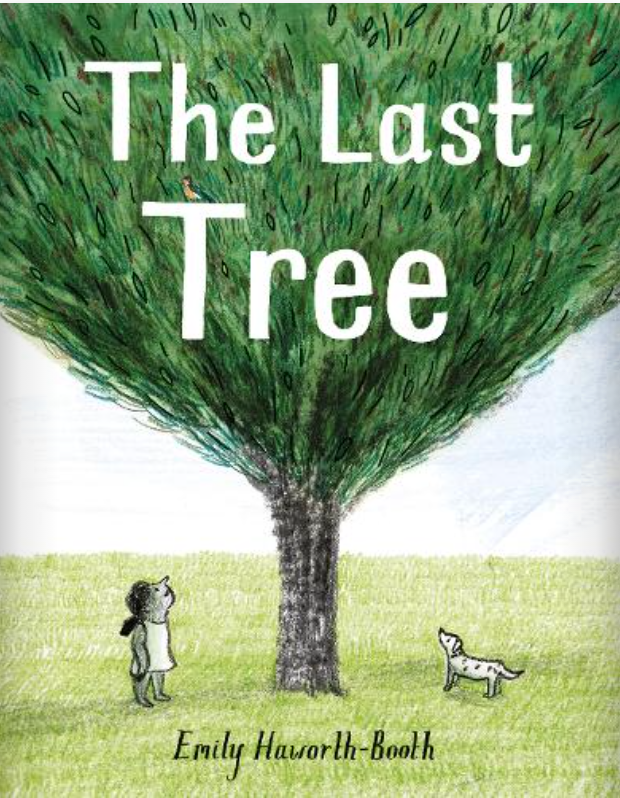 Once upon a time a group of friends were seeking a place to call home. The desert was too hot, the valley was too wet and the mountain was too windy. Then they found the forest. It was perfect. But the friends soon wanted to build shelters. The shelters became houses, then the houses got bigger. All too soon they wanted to control the environment and built a huge wooden wall around the community. As they cut down the trees, the forest becomes thinner, until there is just one last tree standing. It is down to the children to find a solution. 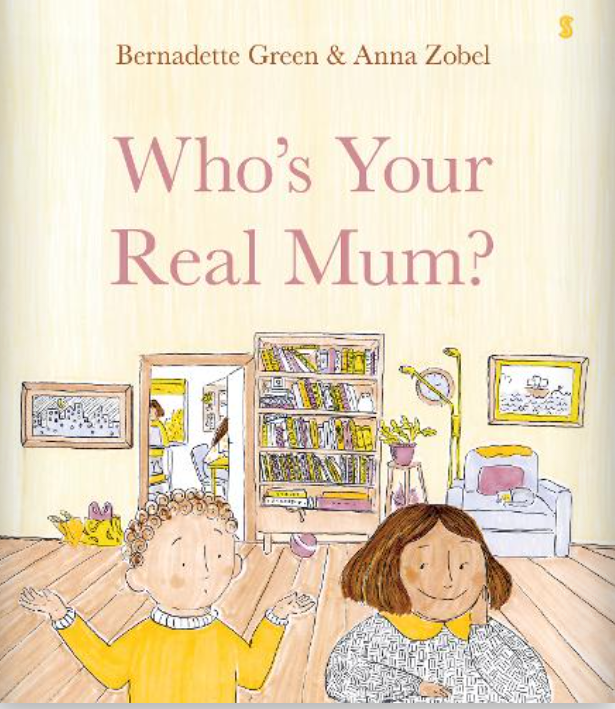 A beautifully illustrated story, written with a light and humorous touch, that celebrates nontraditional families and captures exactly what lies at the heart of family life - love.

When Nicholas wants to know which of Elvi's two mums is her real mum, she gives him lots of clues. Her real mum is a circus performer, and a pirate, and she even teaches spiders the art of web. But Nicholas still can't work it out! Luckily, Elvi knows just how to explain it to her friend.

Llama Out Loud! by Annabelle Sami 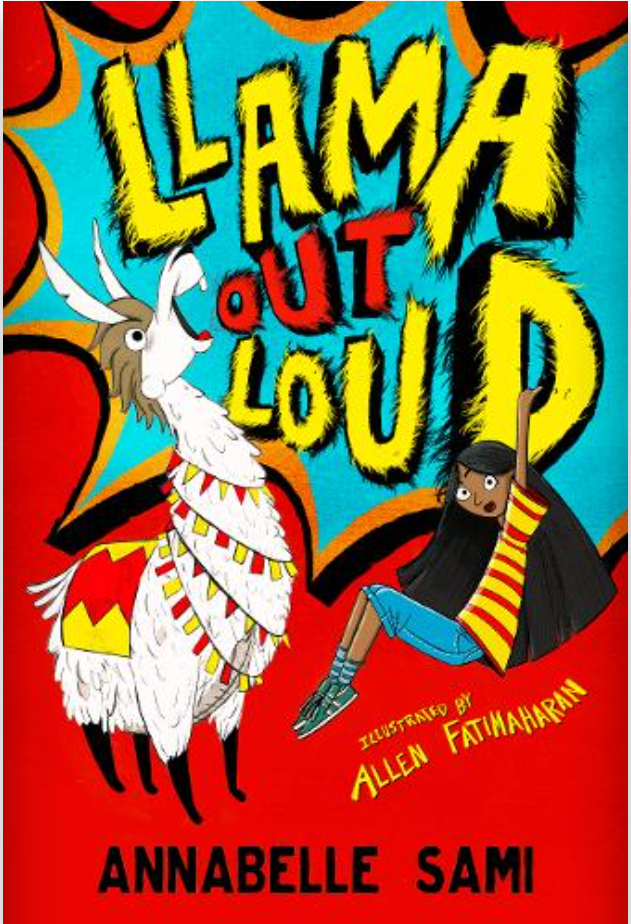 Yasmin Shah is a ten-year-old girl who is part of a big, noisy family and doesn't ever speak. Levi is a rude, sassy toy llama, who talks A LOT and has come to wreak havoc in Yasmin's life.

Yasmin tries everything she can to escape Levi, but she can't help being dragged along on his crazy antics - and every day brings a new surprise, whether that's an erupting bin, a flying tuna fish, or a hat made from knickers. Life is never boring with Levi around - and could it be that he has a secret plan to help Yasmin find her voice? 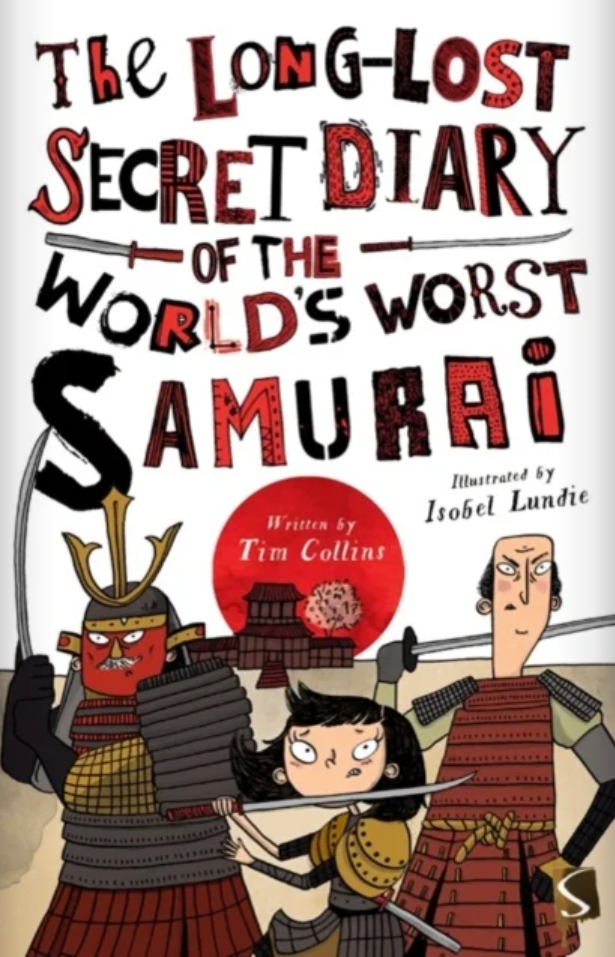 Suki is a 14-year-old girl in 16th century Japan who wants to become a samurai warrior like her father and brother. Despite her disastrous training, when a party of bandits threaten her village whilst the men are away at war, Suki has to defeat them. Will she prove herself a legendary samurai, or will it all end in disaster?

‘Get Real’ fact boxes feature throughout, providing historical context and further information, as well as a timeline, historical biographies and a glossary.

Too Small Tola by Atinuke 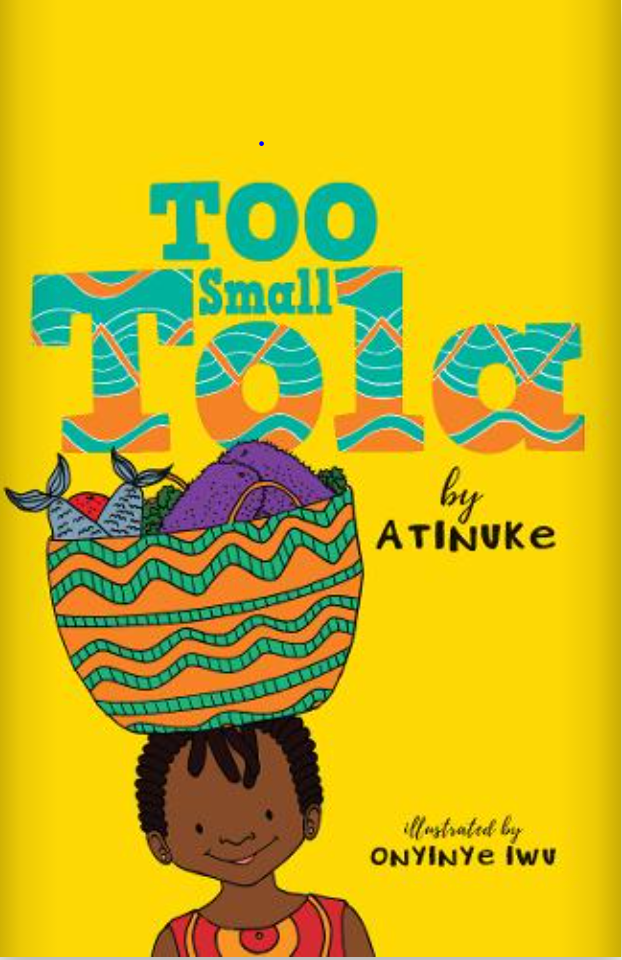 Three delightful stories about Too Small Tola, a young girl who, though small, is very determined. Tola lives in a flat in Lagos with her sister, Moji, who is very clever; her brother, Dapo, who is very fast; and Grandmummy, who is very bossy. Tola proves to be stronger than she seems when she goes to market with Grandmummy and manages to carry home a basket full of yams and vegetables, chilli peppers and fish. When the taps in the flat don't work, it's Tola who brings water from the well, and it's Tola who saves the day when Mr Abdul, the tailor, needs his goods to be delivered quickly.

Willow Wildthing and the Swamp Monster by Gill Lewis 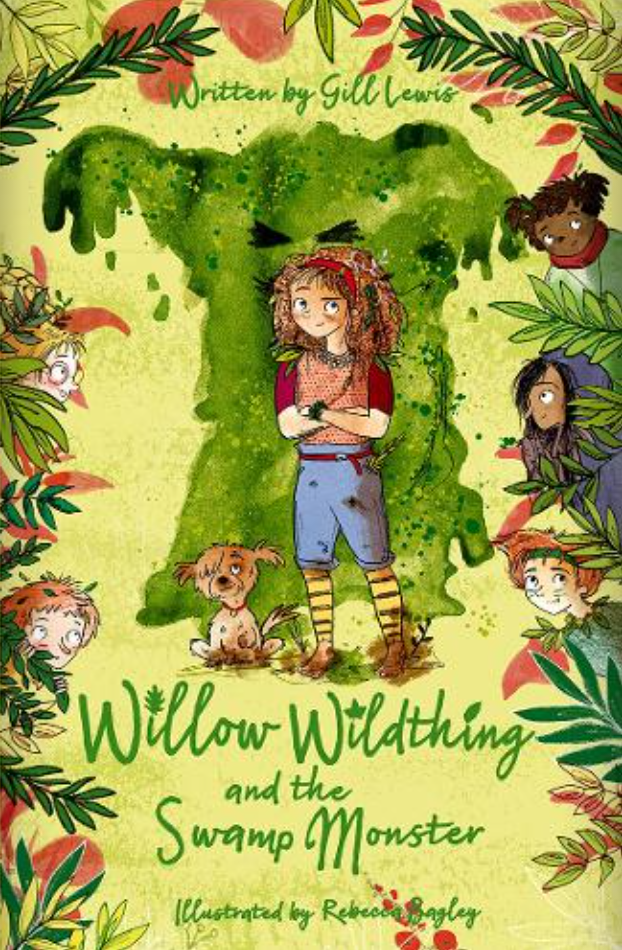 When Willow crosses the boundary to the patch of woodland behind her house, something amazing happens: she enters The Wilderness, where magic and nature collide. Here she meets the Wild Things, a group of children who have taken on the characteristics of the wild creatures they are named after. For when you are in The Wilderness, the only limit to the world is your imagination. To her family she is simply Willow. To her new friends and in her new world, she is Willow Wildthing. This is a joyful celebration of the power of nature and the imagination, encouraging children to explore, be curious, resilient, and adventurous.

A Clock of Stars: The Shadow Moth by Francesca Gibbons 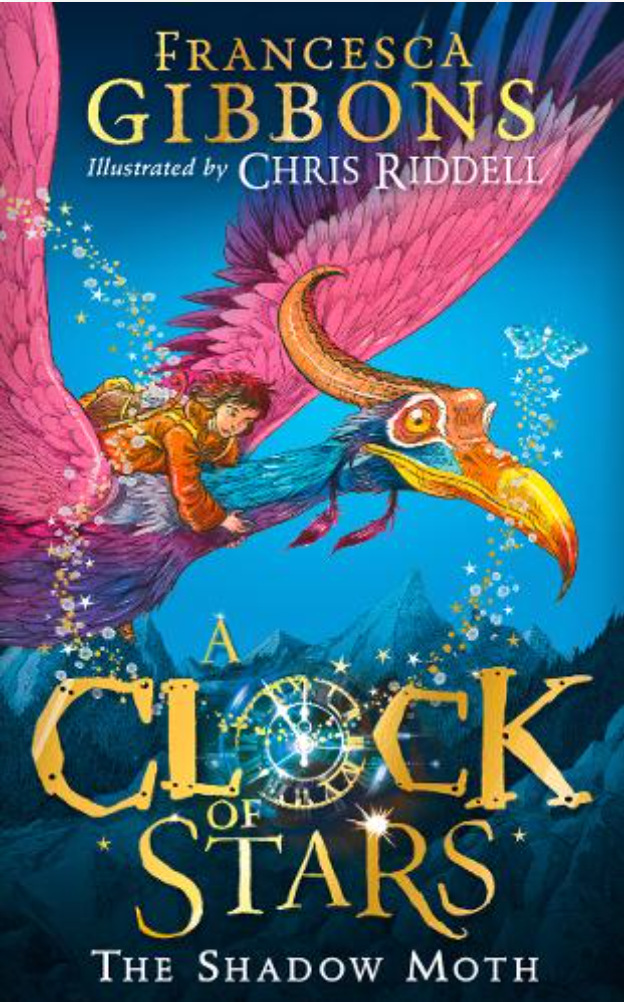 Followed by Marie, Imogen finds herself falling into a magical kingdom where the two sisters are swept up in a thrilling race against time - helped by the spoiled prince of the kingdom, a dancing bear, a very grumpy hunter... and even the stars above them.

Thrilling, sharply funny, and with characters you will fall in love with, A Clock of Stars is a timeless fantasy from an astonishing new voice.

The Super-Miraculous Journey of Freddie Yates by Jenny Pearson 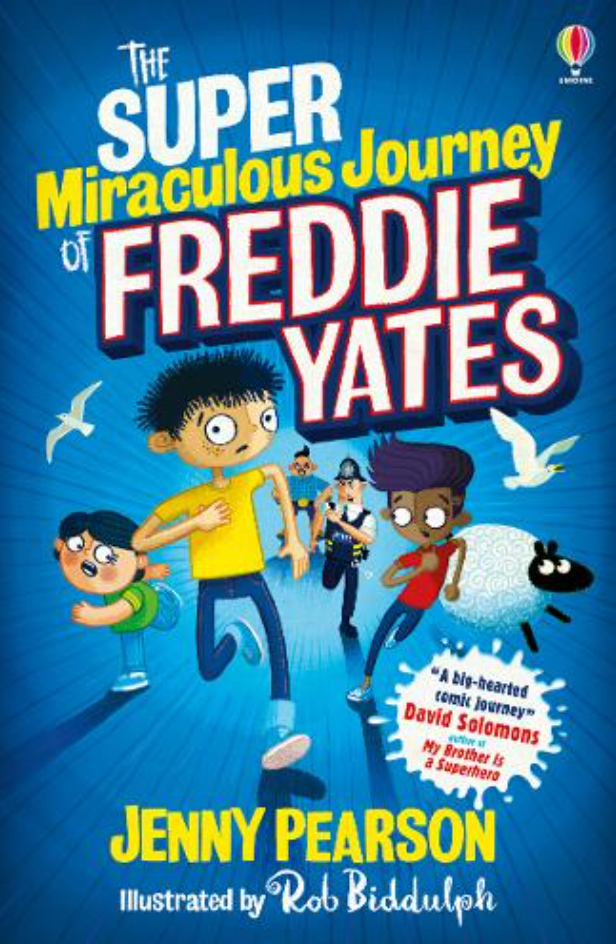 The super funny, heart-warming adventure of three boys, one summer holiday, and a few miracles along the way...Freddie Yates likes facts. Just not the one staring him in the face - that his secret plan is not, in fact, secret. Because Freddie's journey wasn't meant to involve Big Trev and the onion-eating competition or the loo-exploding pear-and-potato turnovers. And Freddie definitely didn't expect to end up, with his two best friends, on national television in a supergirl costume. But journeys never take you where you think they will. And for Freddie, that fact might just have to be enough...

Voyage of the Sparrowhawk by Natasha Farrant 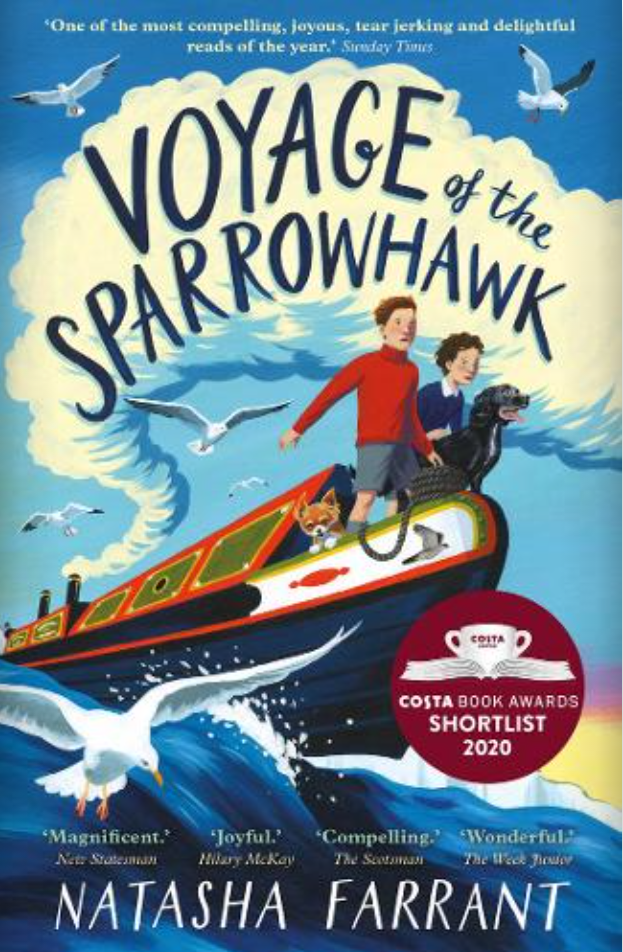 In the aftermath of WW1, everyone is trying to rebuild their lives. If Ben is to avoid being sent back to the orphanage, he needs to find his brother Sam. Lotti's horrible aunt and uncle want to send her away to boarding-school (when she has just so successfully managed to get expelled from her last one!). And Clara, their young teacher, is waiting for news of her missing fiance...Just as they think they've found their feet in the new order, disaster strikes, and they must get away. And so they hatch a plan - to cross the Channel on Ben's narrowboat. Buffeted by storms, chased by the police, Lotti, Ben, Clara and a growing number of dogs set out on an epic journey...

When Life Gives you Mangoes by Kereen Getten 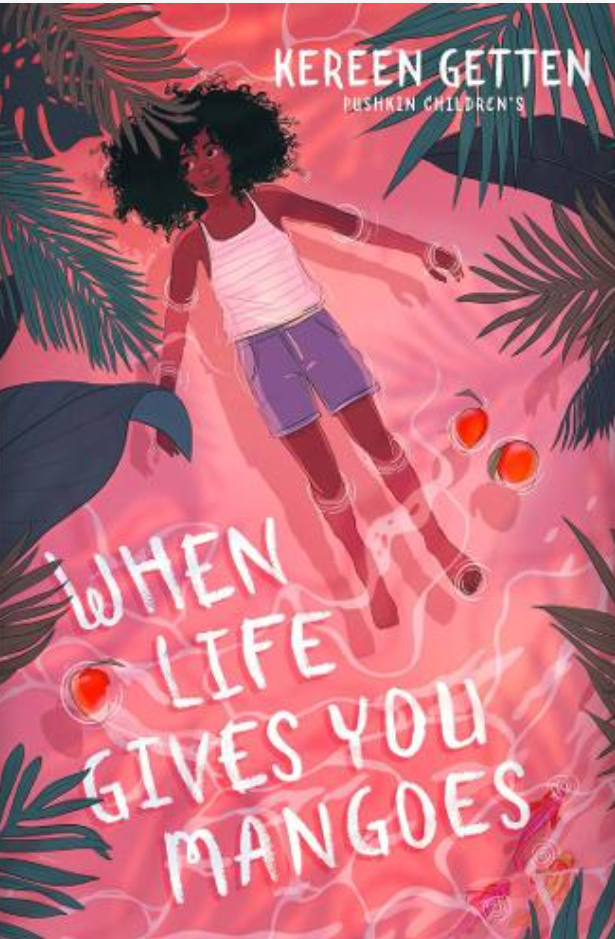 Nothing much happens in Sycamore, the small village where Clara lives - at least, that's how it looks. She loves eating ripe mangoes fallen from trees, running outside in the rainy season and escaping to her secret hideout with her best friend Gaynah. There's only one problem - she can't remember anything that happened last summer. When a quirky girl called Rudy arrives from England, everything starts to change. As the summer reaches its peak and the island storms begin, Clara's memory starts to return and she must finally face the truth of what happened last year.